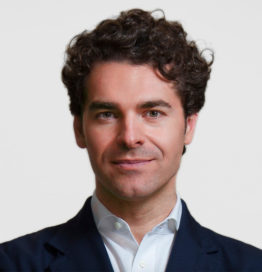 Alberto Alemanno is the Jean Monnet Professor of Law & Public Policy at HEC Paris. Alemanno’s research and public interest work have been centered on how law and policies may be used to improve people’s lives, through the adoption of power-shifting reforms countering social, health, economic, and political disparities of access within society. Alemanno is the founder and director of The Good Lobby, a nonprofit civic start up that has kickstarted a movement for ethical, responsible, and sustainable lobbying, with offices in Brussels, Paris and Milan. Alemanno is also a permanent visiting professor at the University of Tokyo School of Public Policy, the School of Transnational Governance at the European University Institute in Florence, as well as a scholar at The Rutgers Institute for Corporate Social Innovation. Alberto is the author of more than a hundred scientific articles and several books, including Lobbying for Change: Find Your Voice to Create a Better Society(Iconbooks, 2017), and Nudge and the Law (Bloomsbury, 2015). He is a regular contributor to The Guardian, Bloomberg, Politico, Le Monde, and his scholarly and public interest work has been featured in The Economist, The New York Times, the Financial Times, as well as Science and Nature. The World Economic Forum nominated him as Young Global Leader in 2015, and he was elected Ashoka fellow in 2019 and Social Innovation Thought Leader of the Year in 2022 by the Schwab Foundation.