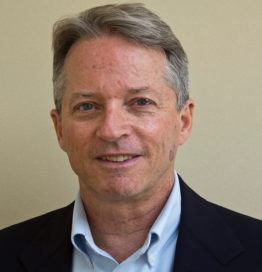 Eric Nee is editor-in-chief of Stanford Social Innovation Review, a position he has held since 2006. Eric has more than 35 years of experience in the publishing industry. Before joining Stanford University, he was a senior writer for Fortune. While there, Eric helped Time Inc. launch eCompany Now (where he was executive editor), which later became Business 2.0. Before joining Fortune, Eric launched Forbes’s Silicon Valley bureau, where he was bureau manager. He also served as editor-in-chief of Upside for close to five years. Eric earned a bachelor’s degree in American Studies from the University of California at Santa Cruz, and a M.S.J. from the Medill School of Journalism at Northwestern University. He lives in Palo Alto, Calif., with his wife Tekla, a senior editor at IEEE Spectrum.

“Debate: Is Capitalism Compatible with Democracy?”