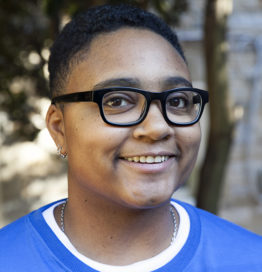 Erica Smiley is the executive director of Jobs With Justice (JWJ). A long-time organizer and movement leader, Smiley has been spearheading strategic organizing and policy interventions for Jobs With Justice for nearly 15 years. Prior to taking up her current position with the organization, Smiley served as organizing director for Jobs With Justice developing campaigns that resulted in transformative changes to how working people organize and are civically engaged at their workplaces and in their communities. Before joining Jobs With Justice, Smiley organized with community groups and unions such as the Tenants and Workers Support Committee (now Tenants and Workers United) in Virginia and SEIU Local 500 in Baltimore. Her career in social and economic justice began in the reproductive justice field, serving as national campaigns director for Choice USA (now United for Reproductive and Gender Equity—URGE) where she received the Young Women of Achievement Award in 2004.