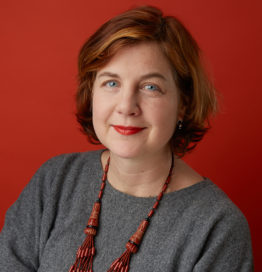 Jenny Toomey is the Ford Foundation’s international program director for technology and society. She also works closely with the office of the president on a number of initiatives in the groundbreaking field of public interest technology. Previously, she led Ford’s internet freedom team, supporting efforts to preserve the open architecture of the internet and expand access, transparency, innovation, creativity, and participation.

Toomey is a musician and an advocate for musicians. She co-managed Simple Machines, an independent record label, which produced more than 70 releases. She has also been a composer and performer on 12 CDs and dozens of compilation records and singles, as well as in a musical. After closing down Simple Machines, Toomey worked at the Washington Post as a copywriter. She also wrote music and technology reviews for the Post, the Village Voice, CNET, and music and technology publications.

“Redefining Power: The Emerging Field That Puts the Public Interest in Front of Technology”