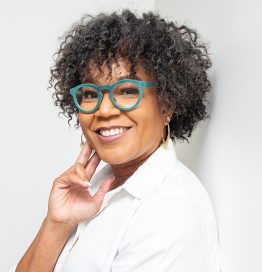 Kendra Davenport Cotton is a seasoned professional with more than 20 years of experience building and  cultivating relationships to advance a favorable public image and positive strategic agenda for the  individuals and organizations that she serves. Davenport Cotton is currently the chief executive officer for New  Georgia Project, Inc. and New Georgia Project Action Fund. She assumed this role after leaving her position as the campaign manager for a US Senate race. Davenport Cotton was the founding executive director of Rep GA Institute, Inc., Georgia’s statewide c3, nonpartisan leadership training HUB, as well as its c4 arm, Represent Georgia Action Network. Before this role, she was the campaign manager for the successful Georgia Association of Educators’ Vote “NO” on Amendment 1 statewide ballot initiative during the November 2016 election cycle. Once a 16-year resident of North Carolina, Davenport Cotton was the policy director for the NC State Treasurer’s office under Janet Cowell where she held primary responsibility for leading the office’s education policy agenda. Before joining the Treasurer’s Office, Davenport Cotton completed a five-year tenure at UNC-Chapel Hill, serving first as the associate director of the Center for the Study of the American South and ending as the project director for the university’s Community-Campus  Partnership initiative.

“On the Frontlines of Democracy: the United States”