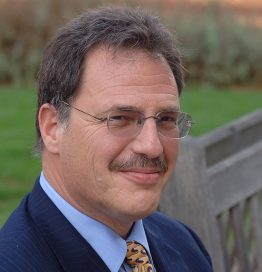 Senior Fellow at the Hoover Institution and at the Freeman Spogli Institute for International Studies, Stanford University

Larry Diamond is a senior fellow at the Hoover Institution and at the Freeman Spogli Institute for International Studies. For more than six years, he directed FSI’s Center on Democracy, Development, and the Rule of Law, and he continues to lead its programs on Arab Reform and Democracy and Democracy in Taiwan. He is the founding co-editor of the Journal of Democracy and also serves as senior consultant at the International Forum for Democratic Studies of the National Endowment for Democracy. His sixth and most recent book, In Search of Democracy (Routledge, 2016), explores the challenges confronting democracy and democracy promotion, gathering together three decades of his work on democratic development, particularly in Africa and Asia.  He has also edited or co-edited more than 40 books on democratic development around the world.

At Stanford University, Diamond is also professor by courtesy of political science and sociology, and is a Bass University Fellow in Undergraduate Education. He also served from 2010-2016 as faculty co-director of the Haas Center for Public Service.  He teaches courses on comparative democratic development, democracy promotion, and US foreign policy, and advises many Stanford students His 2005 book, Squandered Victory: The American Occupation and the Bungled Effort to Bring Democracy to Iraq, was one of the first books to critically analyze America’s postwar engagement in Iraq. Diamond is also author of The Spirit of Democracy (2008), Developing Democracy: Toward Consolidation (1999), Promoting Democracy in the 1990s (1995), and Class, Ethnicity, and Democracy in Nigeria (1989, and recently republished in Nigeria). He edited the series, Democracy in Developing Countries, with Juan J. Linz and Seymour Martin Lipset, which helped to shape a new generation of comparative study of democratic development.