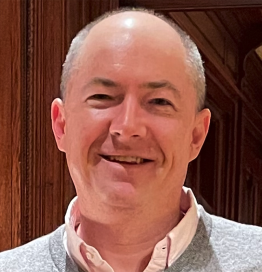 Lukas Haynes advises major donors on strategy to maximize the impact and leverage of their philanthropic, political, and commercial investments. From 2015-22, he was executive director/CEO of the David Rockefeller Fund, where he led initiatives for democracy, climate, justice, and mission-aligned investing. He joined the John D. and Catherine T. MacArthur Foundation in 2002, where he shaped grants programs to promote national security, and later oversaw programs for climate solutions, human rights, and community organizing at the Mertz Gilmore Foundation in New York.

Haynes earned a master’s degree at Oxford University, was a Harvard University Kennedy School Fellow in 2001 and a visiting distinguished fellow at Stanford University’s Center on Philanthropy and Civil Society in 2022. He is a board director of Clara Lionel Foundation, One for Democracy, and Sepsis Alliance, where he advocates for sepsis awareness, treatment and Lulu’s Law, a bipartisan bill in the United States Congress.

“The Role of Philanthropy in Democracy”