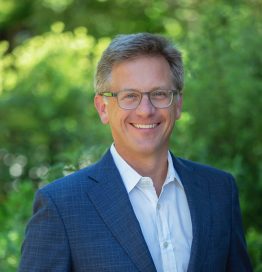 Rob Reich is professor of political science and, by courtesy, professor of philosophy at Stanford University. He is the director of the Center for Ethics in Society and co-director of the Center on Philanthropy and Civil Society, and associate director of the Institute for Human-Centered Artificial Intelligence. His scholarship in political theory engages with the work of social scientists and engineers. His newest work is on ethics and technology. His most recent books are System Error: Where Big Tech Went Wrong and How We Can Reboot (with Mehran Sahami and Jeremy M. Weinstein, HarperCollins 2021) and Digital Technology and Democratic Theory (edited with Lucy Bernholz and Hélène Landemore, University of Chicago Press 2021). He has written for the New York Times, Washington Post, Wired, and Stanford Social Innovation Review.

Reich is the recipient of multiple teaching awards, including the Walter J. Gores award, Stanford’s highest honor for teaching. He was a sixth grade teacher at Rusk Elementary School in Houston, Texas before attending graduate school. He is a board member of the magazine Boston Review, of Giving Tuesday, and at the Spencer Foundation.