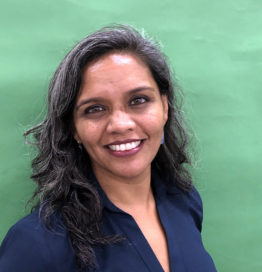 Sarita Gupta is vice president of U.S. programs at Ford Foundation, overseeing the foundation’s domestic work including civic engagement and government, creativity and free expression, future of work(ers), technology and society, disability rights, and gender, racial, and ethnic justice. Gupta previously served as executive director of Jobs With Justice, a leader in the fight for workers’ rights that shapes the public discourse on every front to build power for working people and create an economy that benefits everyone. There, she led a network of 30+ labor and community coalitions that changed the conversation and moved multiple voices, from labor to faith, into action. She has been on the frontlines of organizing and policy campaigns to boost wages, worker voice, and working conditions for all working people and improve labor and civil rights protections for immigrant men and women. Gupta has received a number of awards and accolades, including the National Women’s Law Center Annual Leadership Award, the Francis Perkins Open Door Award, Mount Holyoke College Alumnae Achievement Award, and Corporate Ethics International’s BENNY Award.